VIDEO: PROJECT MANAGER AND SECRETARY OF THE MPEU YOUTH, MA TEODORA LADJIC GUESTED ON TV7 ON THE TOPIC – BREXIT 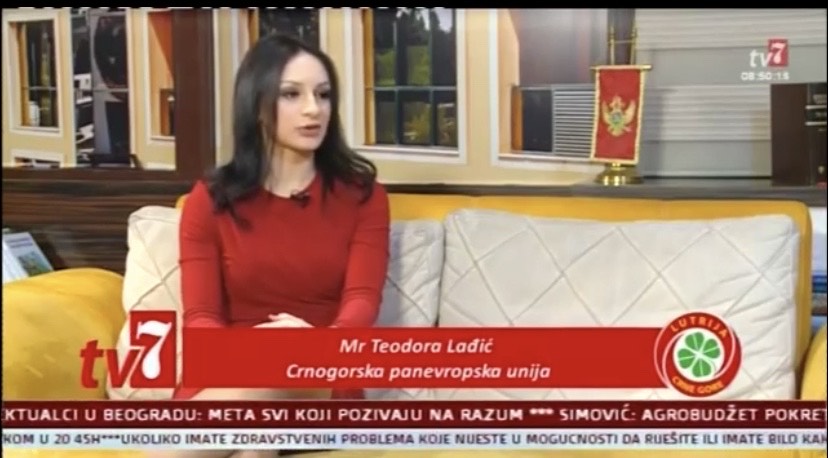 VIDEO: PROJECT MANAGER AND SECRETARY OF THE MPEU YOUTH, MA TEODORA LADJIC GUESTED ON TV7 ON THE TOPIC – BREXIT

MPEU project manager Teodora Ladjic, MA, addressed the Brexit issues as political scientist and analysed the famous referendum in 2016, the consequences of the EU and the UK economies, the transition period, the Scotland issue, relations with the US, and the impact on enlargement policy.

“An interesting moment to talk about the famous Brexit, now that the UK is no longer a member of the EU after 47 years of membership, a precedent in the history of European relations, when we talk about European disintegration, not integration, which was a key European motto (in expanding number of members and deepening policies), and after almost 70 years the number of member states is reduced from 28 to 27. ”

“We had a change of negotiators, 3 times disapproval of the reached agreement, 2 times general parliamentary elections, 3 times postponement of the exit date and three prime ministers in that period from the referendum to the end of 2019. In order for the United Kingdom to leave the EU, it had to initiate Article 50 The Lisbon Treaty, which gives the two sides 2 years to agree on the terms of the separation. Theresa May initiated this process on March 29, 2017, which means that the United Kingdom was supposed to leave the EU at 11 a.m. British time, on Friday, March 29, 2019. That was extended 3 more times. ”

You can watch the complete interview at: https://www.youtube.com/watch?v=eam1vEX1pYs&t=10s