Roundtable „From CEFTA to the EU single market: lessons learned from V4 to WB6“ 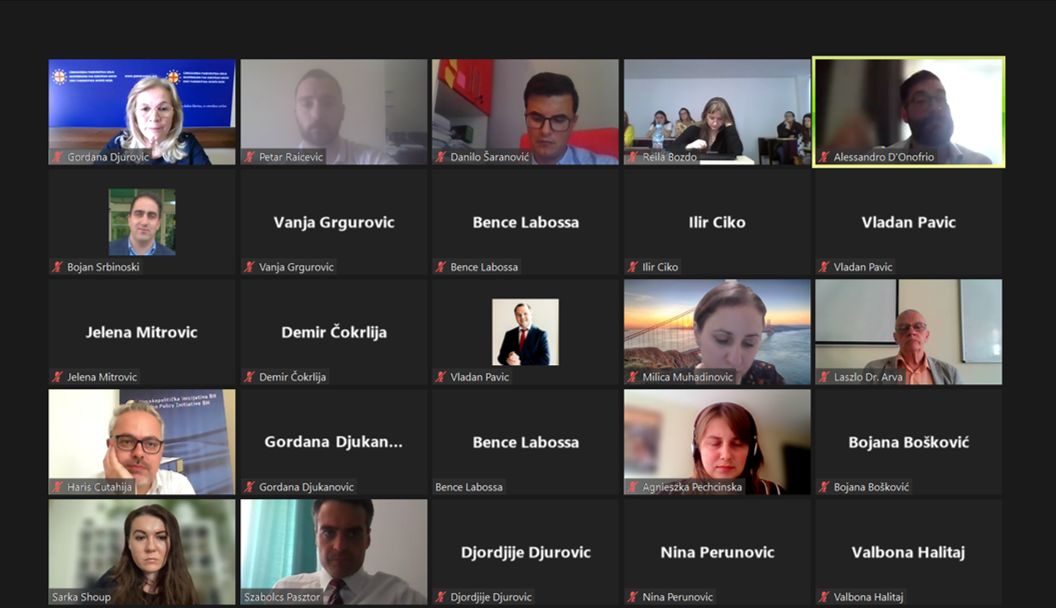 Roundtable „From CEFTA to the EU single market: lessons learned from V4 to WB6“

Montenegrin Pan-European Union in cooperation with the Union of the Robert Schuman Institute for Developing Democracy in Central-Eastern Europe (RSI), Budapest, Hungary organized roundtable titled „From CEFTA to the EU single market: lessons learned from V4 to WB6“ in an online format.

The roundtable is an activity of the project „V4 support to promote WB6 Common Regional Market: one market for post-COVID recovery“ co-financed by the Governments of Czech Republic a, Hungary, Poland and Slovakia through Visegrad Grants from International Visegrad Fund.

The aim of this online event was, through the experiences and recommendations of the Visegrad Group countries (V4), as well as the challenges of regional integration of countries in the region – WB6 (foreign trade policies of the region, CEFTA 2006, Common Regional Market within the Berlin Process, Open Balkans Regional Initiative and other initiatives), to share experiences of previous and views on future regional economic initiatives, on a common path towards the EU.

The CEFTA as regional free trade area of the Central Eastern European countries was established in 1992 by V4, and it became a successful economic integration story, as all of the Eastern European countries that once were part of CEFTA, are now members of the EU and its Single market. Countries of the Visegrad group, especially used economic integration that came with CEFTA and EU membership to boost their trade and gradually strengthen their economies. Many indicators support this trend.

The roundtable provided an open and cooperative space for dialogue between project team, researchers, academia representatives, and other attendees from V4 and WB6 countries. The Roundtable is an important source of data and analysis in favor of finalizing the e-book (main project result) and recommendations for improving and directing regional economic cooperating inside two regions and between them.

The webinar was attended by 44 participants. After the presentations of the speakers, a discussion with the participants followed.