COSMOPOLITANISM IN THE FOUNDATION OF EUROPEAN CIVILIZATION 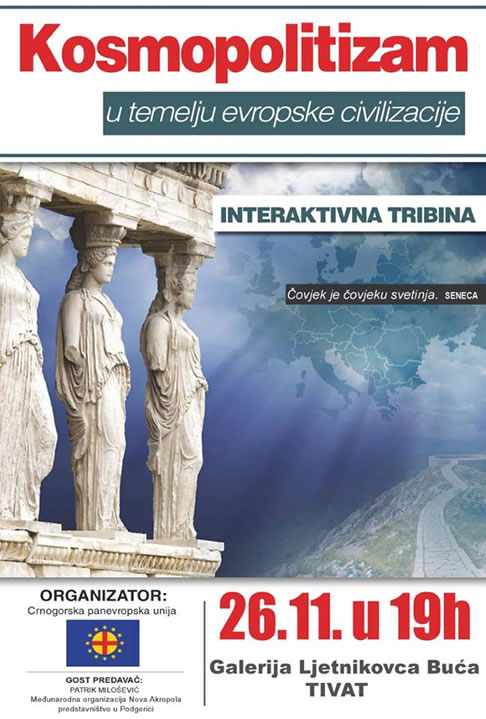 COSMOPOLITANISM IN THE FOUNDATION OF EUROPEAN CIVILIZATION

An interactive panel entitled “Cosmopolitanism in the Foundations of European Civilization” was held on November 26th in the area of the Buća’s House Gallery in Tivat, organized by the Montenegrin Pan-European Union, with the support of the Culture Center Tivat.
The participants were greeted by Mr. Vladan Lalović, Secretary General of the Montenegrin Pan-European Union, who expressed gratitude to all who contributed to the realization of this forum.
The lecture was delivered by Patrik Milošević from the International Organization for Philosophy, Culture and Volunteering, “New Acropolis”, who from a philosophical point of view spoke about the notion of cosmopolitanism. Milošević pointed out that if one considers himself/herself a citizen of the world, that is, cosmopolitan, he/she should not deny or neglect his/her own nationality, nation, city, street or personal identity. 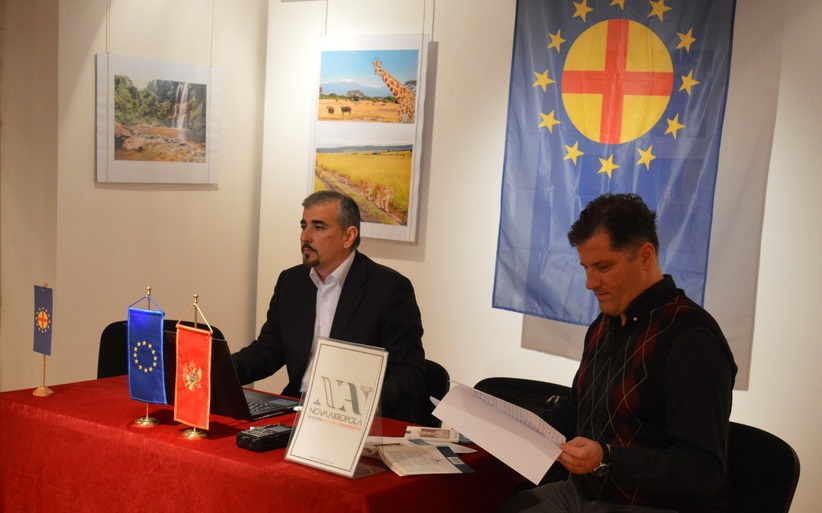 A cosmopolitan is, says Milošević, a man who is aware of his identity, who has known himself, and who knows who he is and what his role is in the world. Milosević spoke about the emergence of the idea of cosmopolitanism, its development, and the concept of happiness, the inner sense of the individual, which is closely related to the notion of cosmopolitanism. He clarified what kind of philosophers such as Aristotle had in mind, and how important philosophy is to our life.