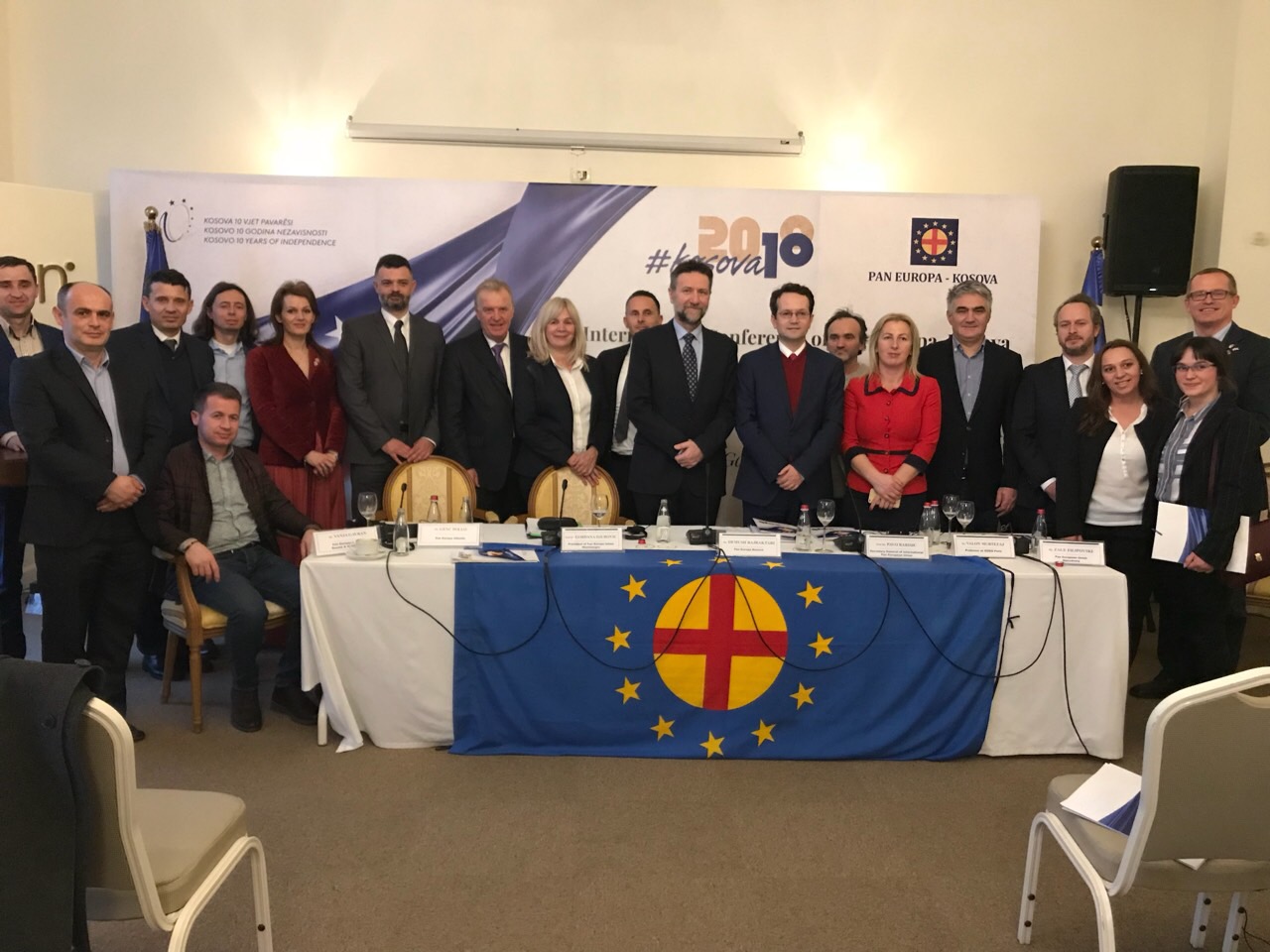 Organisation of this international conference of Pan-Europa-Kosova was on occasion of 10 anniversary of independence of Kosova and was held under the Patronage of the Office of President of the Republic of Kosovo, Mr. Hashim Thaçi.

The Montenegrin Pan-European Union was represented by the president of MPEU, prof. dr Gordana Djurovic, and she was one of the speakers on the international Pan-Evropa Kosova conference.