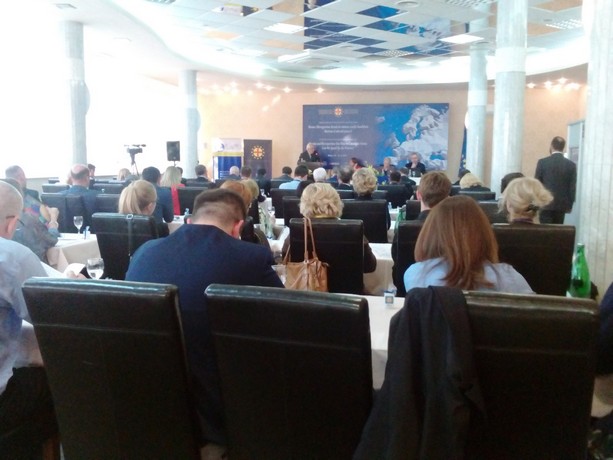 Organized by the Pan-European Union of BiH in Bihac, an international conference on „Bosnia and Herzegovina: a step towards candidate country status – Can we speed up the process?“ was held from 19 to 21 May 2017.
Three panels were held at the conference, with more than 130 attendees, main topic was the situation in BiH, the region and the Europe, the integration processes and the challenges facing BiH on its way to the EU. The conference was attended by representatives of the Montenegrin Pan-European Union: Vice-President Djordje Raičević, Secretary General Vladan Lalović, President of the Committee for European Integration of the Assembly of Montenegro and President of the CPEU Supervisory Board Adrijan Vuksanović and Coordinator of the Program for Sustainable Development and Tourism CPEU and Vice President of Montenegrin Djordje Brajovic. 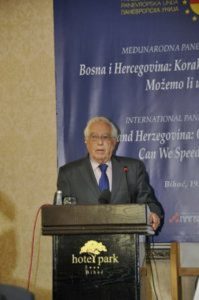 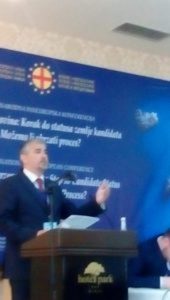 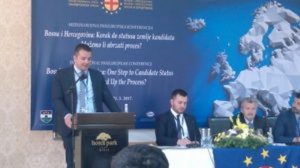 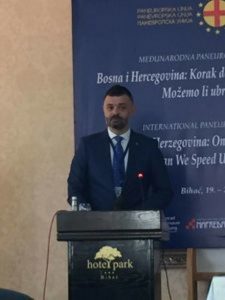 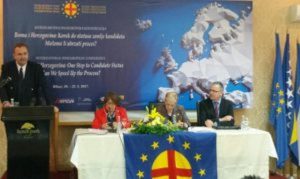