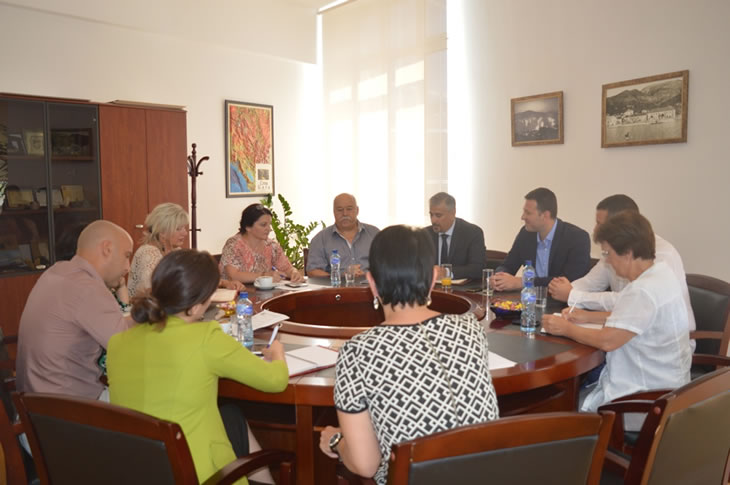 President of the Municipality of Tivat, prof. dr Snežana Matijević hosted today the delegation of the Montenegrin Pan-European Union, an organization recently founded in Montenegro that is full member of International Pan-European Union and a member of a large network with over 120 representatives in the European Parliament. This meeting aimed at discussing the possibility of establishing future cooperation. The guests briefly explained to the President of the Municipality and her team the basic goals of this organization, emphasizing primarily the focus on the realization of Euro-Atlantic integrations, improvement of tourism, culture and ecology in Montenegro, through the application of positive practices from Europe and the environment. international organization in Montenegro, expressing her satisfaction that the young people recognized the values of the Pan-European idea for Montenegro, which in the end will only contribute to the faster integration of Montenegro into the EU.

The participants were also addressed by the Vice-Presidents Dragan Jočić, who spoke about the history of this oldest European organization and Đorđe Raičević, who spoke about the importance of establishing the MPEU and the future obligations of the youth within the same. Secretary General Vladan Lalović spoke about the current socio-political moment in the region and Europe from the aspect of European integration.
Newly elected Youth President Marko Simović expressed gratitude for support and trust, and stressed that he and his team will actively work on the realization of the program goals of the Montenegrin Pan-European Union.