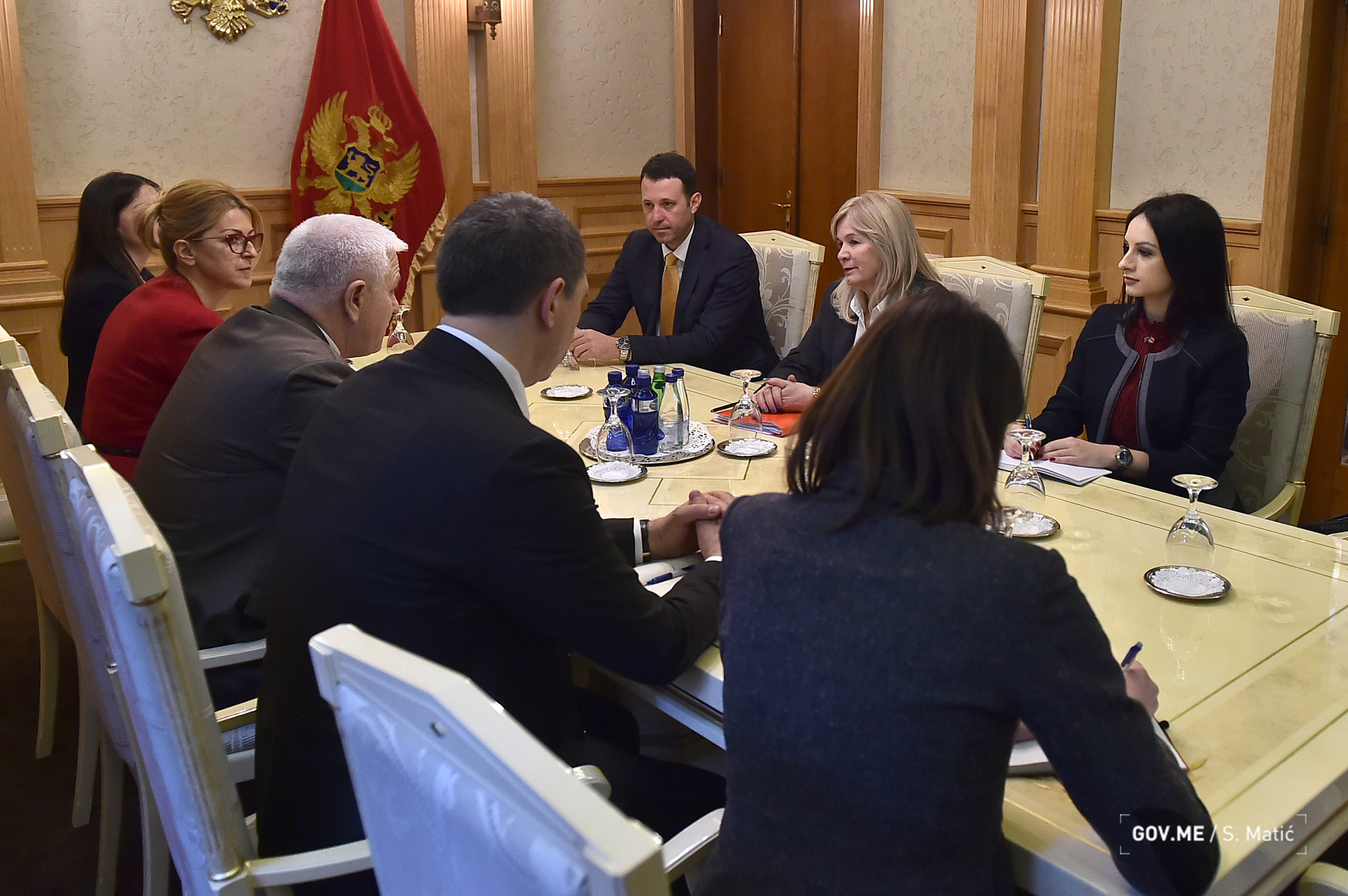 Alliance for Europe: Prime Minister Markovic with the Montenegrin Pan-European Union (MPEU) discussed on promoting European values ​​and communicating the process of Montenegro’s integration, strengthening human rights and freedoms and enhancing the rule of law. Special attention was paid to youth policy issues at the meeting.

The meeting, besides Prime Minister, was attended by the Minister of Public Administration, Suzana Pribilovic and the Chief Negotiator, Aleksandar Drljevic.

Representatives of the Montenegrin Pan-European Union headed by prof. Gordan Durovic gave full support to the Government of Montenegro on the path of European integration and announced that they will continue to contribute through the organization of various promotional and educational activities of citizens, especially young people, and the preparation of necessary analyzes that can be used for a better negotiating platform in the current negotiation phase. The MPEU can make a special contribution by promoting Montenegro within the International Pan-European Union, the oldest pan-European organization based in Strasbourg, which brings together 28 countries dedicated to fighting for a better common future for Europe. Many MEPs are members of this global pro-European network.

Prof. dr. Djurovic, President of the MPEU and Member of the Presidency of the International Pan-European Union, outlined the areas in which the MPEU is active, accomplished as well as planned projects in the field of promoting and strengthening the European integration process of Montenegro. The new negotiating framework offered by the European Commission and supported by the European Parliament should also be used as a basis for the preparation of a strategy for the next phase of Montenegro’s negotiations with the Union, with a focus on assessing internal preparedness and the dynamics of closing negotiations through the prism of the clusters offered. In line with the future dynamics of the negotiations, it is necessary to strengthen the cohesion of all stakeholders in the country and to prepare an analysis of the economic effects of accession.

The MPEU praised the new initiative of the Government of Montenegro, namely the new approach to communication of the integration process and inter-Montenegrin dialogue with key stakeholders through the Alliance for Europe dialogue. It is particularly emphasized that this dialogue is taking place at the same time as the newly opened dialogue within the Conference on the Future of Europe, which was promoted by the President of the European Commission, Ursula von der Leyen, at the beginning of the year. Key aspects of EU dialogue on Europe can also be helpful in defining a platform for further dialogue through the Alliance for Europe. These are thematic areas and pillars of dialogue. Thus, the EU’s areas of dialogue are the Green Plan for Europe, Digital Europe, Democracy and Governance, Europe as a Global Player and a Dialogue Area that will include topics delegated by citizens, while the pillars of dialogue are: consultation and dialogue with political actors and dialogue with citizens and civil society organizations. By incorporating the above priority topics and pillars of the dialogue, the Alliance for Europe in Montenegro becomes part of the Dialogue on the Future of Europe, it was highlighted during the meeting.

“The talks we have under the Alliance for Europe initiative are constructive and encouraging. I believe that together we will come up with better solutions in the areas important for the EU integration process, as well as for strengthening the social and political environment, “said Prime Minister Markovic.

The Government of Montenegro will consider the proposals received and take concrete positions in relation to them. 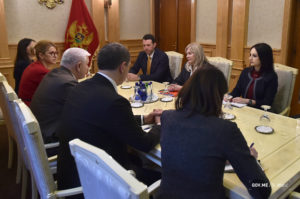 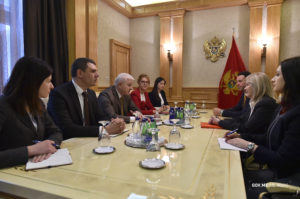 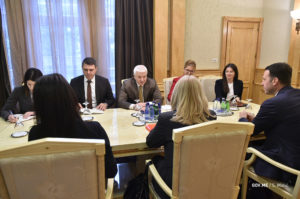 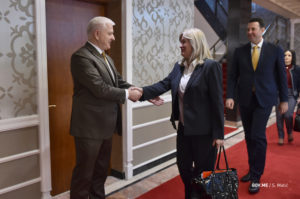 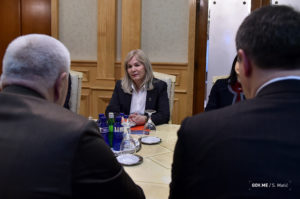